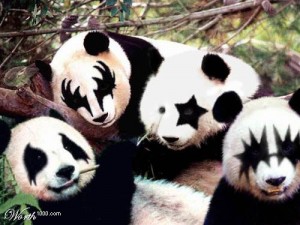 Many people have dreams of being a rock star, having their moment in the sun. Some recount previous experiences when it was their time to shine, maybe a high school play, a big night on the karaoke. It usually involved doing something a little extra special to help stand out from the crowd and that’s where the rock star move comes in. In Internet Marketing, I still love the ‘rock star move’ though I’ve learned not to get too excited about it as much as I used to. Rock Star moves often get CEO’s and CMO pretty excited and sometime with good reason. Getting a post picked up by Reddit, or a little front page action on Hacker News, featured on Tech Crunch or a listing on AppSumo. Others may know it as something like “The Oprah Effect”. These are the actions that would often crash a website by sending you traffic 100x your normal daily visits. This is the equivalent of a David Lee Roth high-kick, a Mick Jagger strut, Freddie Mercury prance offering up that little something extra that pumps fans up.

Back in the day I wrote an article about Designing a Website for SEO that was picked up on article syndication networks. It slammed our little website which went down a few times, people reached out to thank me for the information and overall traffic was simply through the roof. For another client, we did some activity that resulted in some more crazy activity from a very popular website that again sent pretty impressive spikes. There’s a couple of reasons why I really like it:

1. Clients love it. I’ve had clients want to send out press releases about how much traffic they received. I usually wait a while before asking how much business it generated.
2. Links, baby. It’s definitely one of my favorite link building strategies, blowing away all those exhausting (and often ineffective) email requests, directory submissions, nofollow blog comments. The buzz from your rock star move often has long-lasting benefits in this area.

Not all that easy – Definitely easier said than done. Some activities take days/weeks to complete and may not generate much of anything. Getting the right message to the right audience is hard.

Time/benefit factor – even if you get that rock star idea, it can be time-consuming to achieve and the rewards may not necessarily correlate.

LIke I said, I still like it for many reasons. Sometimes there can be significant benefit to a company sales…direct sales. This is a best case scenario like a new band getting featured on an iPod commercial and all of a sudden they are a household name. These may be clever, well executed, made the right connection or just dumb luck…the differences here do not matter.

Shouldn’t we just be doing this?

Well actually, having participated in and seen a lot of online activities through the years, my love of the rock star move has waned slightly and I’ve seen far more impact from to the back to basics approach. Far too often, the basics are simply not covered, often an after-thought in search of the next big thing. Paying attention to your property does pay dividends. This is your bread and butter. By all means, keep searching and trying for your next rock star move but it’s probably in your best interests to make sure to spend the time to ensure your foundation is set.