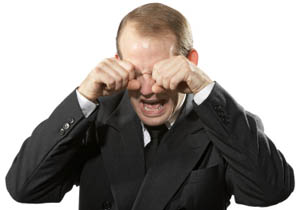 I’ve been hearing a lot of business owners griping about review websites like Yelp (you should know my opinion of those jokers) and the slew of others. Foursquare offers the ability to post comments about a place you visit (or don’t visit). Target also offers the ability to rate and comment in fact, I would suggest that most large retailers offer the opportunity to have your say. So business owners see these and if there’s a negative one, will freak out and try everything they can to get rid of it or satisfy that complainer with a coupon or something. I have a feeling though, that’s it’s probably not a good idea to do either (handing out coupons for negative reviews may well generate more negative reviews).

Most savvy Internet users are quite aware of the percentages when it comes to reviews. First of all, they know that there is no way to qualify these individuals (unless they follow them) so taking the opinion of Debbie Downer will probably have you going nowhere. Secondly, many competitors have taken to slamming their competition on these places, again without qualification other than they are competitors. Third, a lot of people are idiots, especially online. Back in the day it was comments on Digg and now it’s YouTube but essentially you get the sense that under the veil of anonymity, people are pretty content blurting out without much thought.

What you should be looking at though are the percentages. If you’re seeing a couple of poor service reviews out of several hundred, chances are these folks were either Debbie’s or just got unlucky. It’s probably not going be a worthwhile exercise criticizing your staff based on those percentages as it will most likely not sway a persons opinion about trying your place. Generally if you get enough reviews, even your competitors won’t be able to keep up posting negative ones on your listings and while I have suggested that ‘a lot’ people are idiots, it actually only feels that way and more often than not, these folks are the minority and most are reasonable, good people. People who read reviews generally get a sense for what’s going on.

Now if you are seeing bad percentages, it is time to take stock. What are people’s issues, where are the problem areas. This can actually be a great opportunity to address it based on a focus group that you don’t even have to pay.